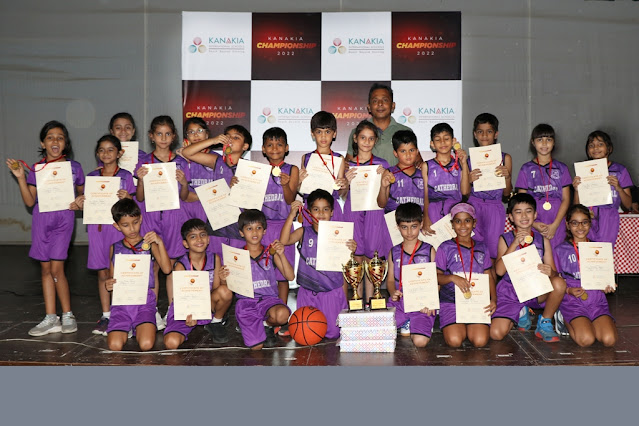 Mumbai: Champions aren’t made in the gyms. Champions are made from something they have deep inside them-a desire, a dream, and a vision. Games and sports have become integral elements of present-day education. They teach them the qualities of discipline, sportsmanship, team spirit, and leadership. They also enhance the physical and mental development of students.

The school recently organized a Sports Championship event at its Chembur campus. The championship event hosted students and teachers from all across Mumbai which gave numerous opportunities for the students to cooperate and exchange knowledge. The competition was held on 17th September 2022.

The program began with the chief guests lighting the ceremonial lamp. The championship meet was then officially declared open by the chief guest after the opening ceremony. 23 schools from across the city participated in the one-day event, which was held on Saturday. The event saw the schools participate in the Under-9 Basketball and Under-9, 12, and 14 Chess competitions. Around two hundred and forty students participated in the event and displayed their mastery of Basketball and Chess. Kanakia International School’s IBDP students volunteered for the entire event resulting in smooth execution of the event.

The event commenced with the felicitation ceremony where winners were awarded medals, trophies, prizes, and certificates. 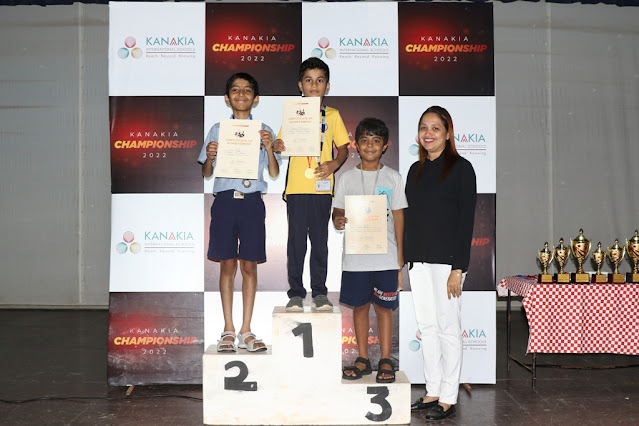 Principal Ms. Shuchi Shukla of Kanakia International School, IB Board said, 'The athletic events pave way for increased physical health. Also, Sports is not just about winning, it is about building interpersonal bonds and often has elements of wishes fulfilled, not to mention elements of camaraderie and above all, participating for the honour of sports, the glory of the game, and the spirit of sportsmanship'.

Principal Ms. Seema Kshatriya of Kanakia International School, CBSE Board said ‘For the holistic development of a child, sports are equally important as academics. More than the physical activity, such events help children build confidence and social skills, and also teach them benefits of goal-setting and practice".

The school management, principal, and teachers raised awareness about the values of sports, discipline, perseverance, and teamwork during the event. By organizing this championship, Kanakia International School aims to promote and foster health and sportsmanship throughout the school curriculum.

Mumbai: "National Payments Corporation of India" (NPCI) has partnered with 'YES BANK' to launch first-of-its-kind 'RuPay On-the-Go' contactless payments solutions, in association with fintech infrastructure partner - 'Neokred' and manufacturing partner - 'Seshaasai' . Launched at the Global Fintech Festival 2021 , RuPay On-the-Go will allow customers to make small and large value transactions from the accessories they wear every day. This innovative wearable payment solution would redefine the contactless payments space by eliminating the need to carry a physical card and enabling instantaneous payments with a simple "Tap, pay, go" mechanism. This unique offering will revolutionize contactless payments with a superior customer experience that is smart, fashionable, super quick, convenient, and completely secure. RuPay On-the-Go is an interoperable, open-loop solution that customers can use at RuPay contactless-enabled PoS at r 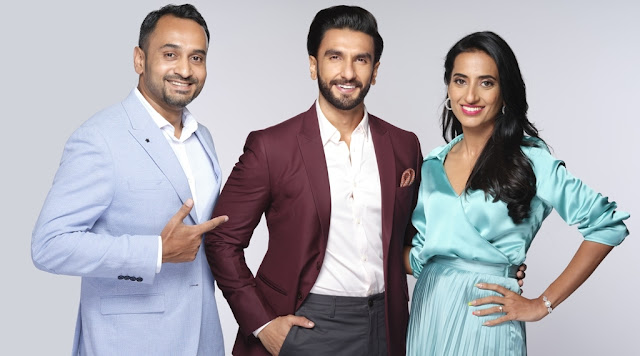 National: "SUGAR Cosmetics" , one of India’s largest omni-channel beauty companies and a cult favourite amongst Gen Z and Millennial consumers announced Bollywood Superstar Ranveer Singh as its newest investor . This partnership between the youth icon and one of the fastest-growing premium beauty brands is expected to further cement SUGAR ’s position as a fan favorite and create new pathways for customer acquisition, especially with the Gen Z and millennial audiences in India. Excited about this new partnership, Ranveer Singh added, “Defying the conventional has been embedded in my DNA and I take pride in partnering with a brand that believes in empowering women. I have admired SUGAR 's ability to build a tremendous fan following over the years and I’m excited to be a part of this journey and help the brand achieve its mission of providing Indian women access to premium & quality makeup products specially formulated for them.” Commenting on the announcement, Vine 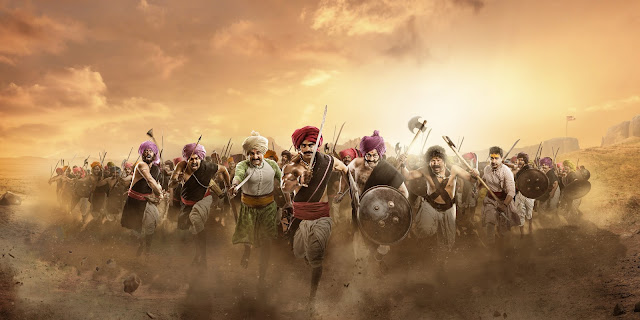 Chhatrapati Shivaji Maharaj ’s era is subjects of immense pride in Maharashtra . Unfortunately very few films have been produced on the Shivaji Maharaj after legendary Director Bhalji Pendharkar . After forty years an honest attempt is made to depict the battle skills of Shivaji Maharaj, the bravery of the mavalas and their daredevilry in film ‘Farzand’ . A ‘Swami Samarth Movies Creation LLP ’s presentated, this film is produced by Anirban Sarkar and co-producers are Sandeep Jadhav, Mahesh Jaurkar, Swapnil Potdar . The film has been written and directed by Digpal Lanjekar . The significance of the Panhala fort in terms of geography and defense, the coronation of Maharaj, and the increasing injustice on the common people around Panhala fort were all a matter of prestige and dignity of Shivaji Maharaj. In all these circumstances, winning Panhala was very important to Maharaj. This responsibility was entrusted by Maharaj to his brave warrior, 'Farzand' . 'We only fight... 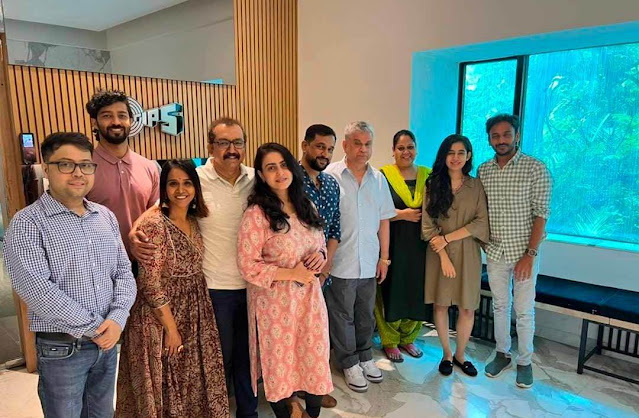 Mumbai: "Tips Industries" plans to produce a biography on the renowned Marathi film icon Nilu Phule . The motion picture will follow his development as an actor and social activist. He made his stage debut in 'Katha Aklechya Kandyachi ', a Marathi folk play , and went on to become a well-known figure in the Marathi Cinema Industry . In addition to Amitabh Bachchan in 'Coolie', Anil Kapoor in 'Woh 7 Din', and Dilip Kumar in 'Mashal ;, the eminent actor has appeared in over 250+ Marathi & Hindi films.   Known for playing negative characters, the audience will now have the opportunity to follow him on his journey to better appreciate the ups and downs of acting as well as the sacrifices he made to pursue his passion for entertaining audiences. This biopic gives a perspective as to how he got stardom by playing grey roles while playing the role of a husband and father in reel life.   Kumar Taurani, MD - Tips Industries talking about the film sa